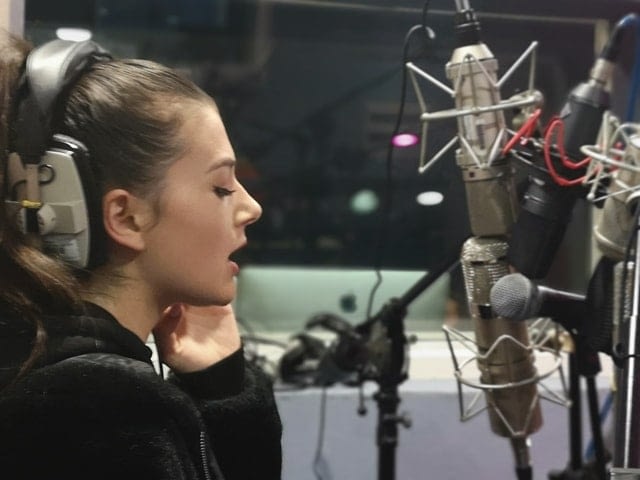 We have vocal mics that win shootout contests. In the last blind test, supervised by Sirkus CEO K Robin Junga at De Montfort University our humble AT2020(!) nearly outperformed the Neumann M147. It beat the U87, U67, AKG C12VR C414, Flea and £30K’s worth of other top mics. It was the first year in 8 years running this that any Neumann mic broke into the top 4 blind choices of the group listening. Go figure.

For all the previous years our lovely tube Rode NTK and the workhorse Shure SM58 joined the AT2020 in the top 4 on both baritone male vocals and soprano female. It’s the sound of each artist in each song that counts, not the price tag. Don’t be fooled by slick marketing, the Neumann U87 is often a poor lead vocal mic choice. it has a real 3kHz honk when you hit it hard with fortissimo vocals.

We also vocal mics like our original Russian-made Oktava MK319, and we use the AKG MD421 with many rappers – percussive sounds are generally better captured by dynamic mics rather than condensers. The 421 is an all round legend on vocals. toms. kicks. guitar, bass….

Some of the more coloured tube mics weren’t as appealing this year, as they can be on other material. And the C12VR and WA47 were faulty from the resultant sounds, so factor those out. The C12VR should shine in a situation like this in my experience. Like the M147, and indeed the Flea 12 – by definition – since it too emulates the original C12! You’d hope for something pretty damn special at those eye-watering price points right?Full Line up with Logic channel inputs as key for anyone with the full stems: